The diameter of the 4A molecular sieve is 4A, which adsorbs water, methanol, ethanol, hydrogen sulfide, sulfur dioxide, carbon dioxide, ethylene and propylene. It does not adsorb any molecule (including propane) with diameter greater than 4A, and has a higher selective adsorption capacity for water than any other molecule. It is one of the molecular sieves in industrial use.

●A zeolite belongs to one of the zeolite, whose structure is very similar to that of NaCl and belongs to the cubic crystal system. Since the effective pore diameter of 4A zeolite is 0.4nm, it is called 4A zeolite. Its spatial network structure is composed of silicon-oxygen tetrahedral units [SiO4] and aluminum-oxygen tetrahedral units [AlO4] staggered. 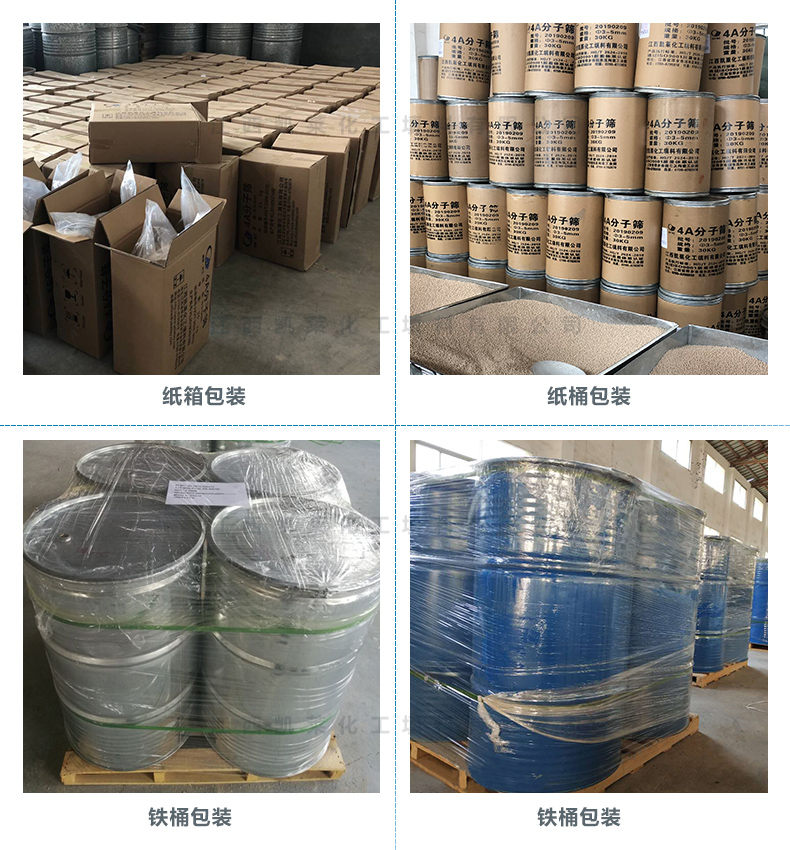